Lineillism Revealed
Lineillism Revealed tells the inspiring story behind a daring new form of painting developed by Jim Hall, an American artist who died in 2017 at the age of 84.  Hall named his style "Lineillism," an innovative and intricate painting technique that uses vertical lines to create an image. (Think "Pointillism" but with all vertical lines.) The acrylic paintings took more than a month to complete and often involved more than 500,000 brush strokes.
The exhibit features original paintings, text panels, a welcome video, a time-lapse and artifacts.
Lineillism Revealed will continue its run in the Greater Cincinnati region before going on tour across the country.
The exhibit also reveals how Hall overcame homelessness, alcoholism and depression, not to mention a stroke and shingles, to create the exciting new art form.  Hall's style has been compared favorably to Pointillism, Realism and Impression as "very relevant to late-19th and early 20th century painting."  The exhibit premiered in February, 2017 at the Behringer-Crawford Museum in Covington, Kentucky, where it played to rave reviews for two months.
The exhibit also received press coverage for its run at the Sharonville Cultural Arts Center and at the Newport Public Library (Kentucky), where they programmed a series of special events including a "meet the director" brown bag lunch lecture.
We recently secured an ArtsWave grant that will help us to expand Lineillism Revealed's reach across the Greater Cincinnati Area. We are still searching for a Presenting Sponsor. Please connect with us on the Contact page.
The exhibit was inspired by our award-winning documentary, Lines of Sight.  We received two awards during our world premiere at The Indie Gathering International Film Festival. (August 14, 2016).  In addition to a Documentary Feature Award, we were named Viewer's Choice as the favorite film of the festival - chosen from more than 70 films including features from at least 10 countries. ​ Our documentary has also played at festivals in Louisville, Amsterdam and in Borrego Springs, California.  We received the "Resiliency in Aging" Award from the Third ACTion Film Festival in Calgary, June, 2019.
We received an ArtsWave grant to create a 10-minute version of Jim's story, Birth of a New Art Form: Lineillism Revealed.  It premiered in 2018 at the Thin Line Fest and also played at the Bare Bones Festival, The Over The Rhine Film Festival and the Richmond International Film Festival. 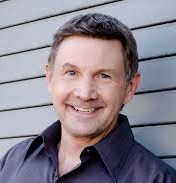 Lineillism Revealed  and Lines of Sight Director Steve Oldfield has worked on museum exhibits and videos for a variety of venues including Music of Change and Without Sanctuary for the National Underground Railroad Freedom Center;  a video and website for The Abraham Lincoln Heritage Trail and other projects.  He holds a master's degree in Public History and his love of painting began in high school at Covington Latin and then in Chicago during his undergraduate career at Northwestern University.
Steve teaches documentary film and other courses in the Communication Dept. at Thomas More University.  He mentors high school and college artists who have gone onto prestigious institutions including Harvard, The School of the Art Institute of Chicago, SCAD, and the University of Southern California's Film School.   Steve also is an award-winning photographer,  journalist and film critic.  He has traveled on assignment to six continents.